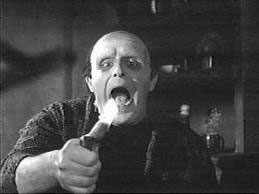 You’ve all pretty much figured out by now that I’m getting pretty well ensconced in the From Scratch Club. I have been enjoying the swaps and have been asked to be a regular contributor which is pretty freaking awesome.

So, when Chris posted this request for Homemade American Cheese on the FSC Facebook wall, I had to try to make my own American Cheese. I love American cheese.. even though I know it’s a processed product and not “real” cheese, it should be made from real cheese.. so .. whatevs. And I only eat it on egg sandwiches which doesn’t happen very often…

Although a link was included in Chris’s post, I decided to go right to the source: America’s Test Kitchen. This recipe insists that whole milk powder is needed. I’m here to tell you it works with ordinary non-fat milk powder. Would it be better with the whole milk powder? I have no idea.

But you know what does make cheese better?

That’s right.. I went there.

That is bacon from West Wind Acres, who we recently bought a meat share from. Just wanted to clarify why that wasn’t my home cured bacon. I can’t get my home cured stuff sliced that thin because I don’t have a meat slicer, unlike Mr. Dave who has the lovely Lurlissa.

I gathered all my ingredients and went to town. I buzzed that bacon in the food processor


The resulting bacon was a bit greasy so I zapped it in the microwave and worked a little more grease out of it.. patted it dry with a paper towel and I was ready to make my very own sliceable processed cheese.

I pretty much followed the directions because this was my first time out.

And this is what I got.

I immediately made a grilled cheese sandwich

I’m calling this FrankenCheese because really, I’m not making cheese.. I’m taking bits from here and there to get my own creation.. it’s Alive! ALIVE!

You wanna make this.. if you love velveeta or melty cheese.. you need this.. NEED IT.

3 thoughts on “Behold the FrankenCheese”